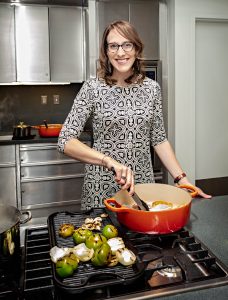 Dr. Ashley Rose Young is a cultural and social historian of the United States. Her research explores the intersection of race, ethnicity, and gender in American food culture and economy. Her first book, Nourishing Networks: The Public Culture of Food in Nineteenth-Century New Orleans and the Nation (in progress), examines how daily practices of food production and distribution shaped the development of New Orleans’ public culture in the long nineteenth century. Young earned a Ph.D. in History from Duke University (2017), an M.A. in History from Duke University (2013), a B.A. in History from Yale College (2010), and was a visiting scholar at Oxford University (2009).

Young joined the Smithsonian’s National Museum of American History in September of 2017 as the Historian of the American Food History Project, one of the museum’s most celebrated curatorial initiatives. Her position is unique because it combines research and curatorial practices with public-facing products including exhibitions and a particularly strong focus on programming. She is the host and historian of “Cooking Up History,” the museum’s monthly cooking demonstration series, as well as the Smithsonian Food History Weekend cooking demonstrations. For these demos, she conducts fieldwork and archival research and also collaborates with scholars and culinary diplomats at organizations like the Smithsonian’s National Museum of African American History and Culture, the Embassy of the Republic of Haiti, and the Mexican Cultural Institute. Thus far, she has hosted 45 unique cooking demonstrations that have reached over 20,000 museums visitors. Young has shared the stage with celebrated chefs including Carla Hall of The Chew and Top Chef, Martin Yan of Yan Can Cook, and Aarón Sánchez of Chopped. In addition to hosting “Cooking Up History,” Young is part of the curatorial team for the exhibition FOOD: Transforming the American Table, which re-opened in October of 2019. She co-curated two of the four new sections of the exhibition and in the process collected and cataloged 90 unique food-related objects that are now part of the national collection. More recently, Young was a curator for the American Enterprise exhibition’s 2020 New Perspectives case, “The Only One in the Room,” which illuminates eight businesswomen and female entrepreneurs who broke through tremendous barriers in their industries to create, innovate and provide an opening for others to follow. She is also a member of the curatorial team collecting stories around COVID-19 and its impact on national and global food systems. In support of the museum, Young has engaged with various media outlets on multiple digital platforms including CNN and NPR, and has conducted outreach at academic conferences, in journals and on social media, and through invited talks. 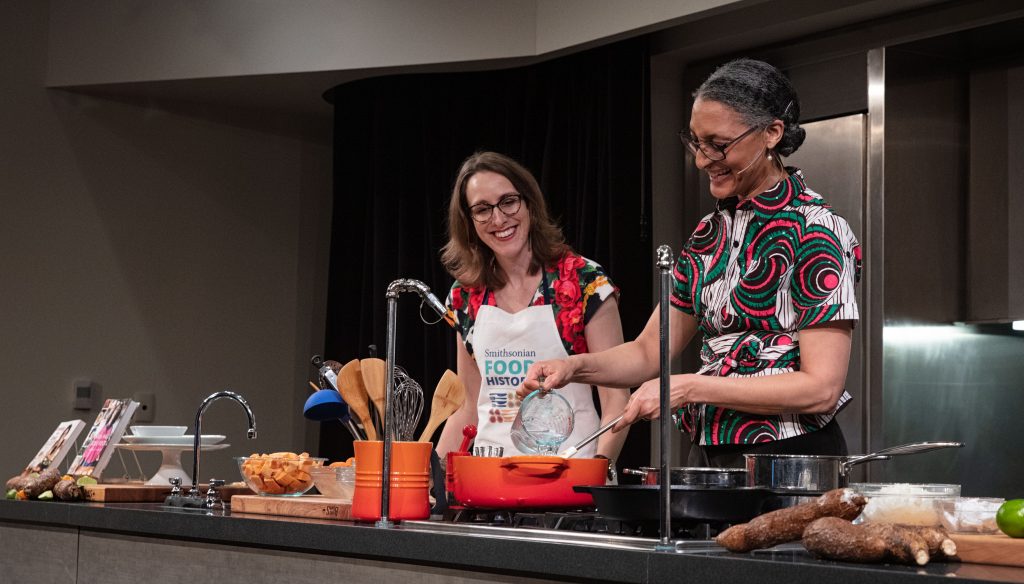 Chef Carla Hall and Ashley Rose Young on stage together during “Cooking Up History.” Courtesy of the Smithsonian’s National Museum of American History.

Last but not least, Young’s career path from the Ph.D. to the Smithsonian and her intentional pursuit of a dual career in history and public history has gained national attention as a case study of how Ph.D.s can find fulfilling successful careers outside of the academy. Several news media have profiled her story including The Chronicle of Higher Education.