The Southern Food and Beverage Museum (SoFAB) has long been a supporter of my research endeavors and interests in Southern food history. In the summer of 2009, I worked as an Archives and Collections Intern at SoFAB where I unearthed a deep appreciation for Southern foodways and culture. As part of my internship, I created the SoFAB database, helped curate and install the Arkansas State Cuisine exhibit, and began cataloging the museum’s extensive historic menu collection. This collection is now housed at the John & Bonnie Boyd Hospitality & Culinary Library.

In the spring of 2011, I collaborated with SoFAB to conduct an oral history project about Lena Richard, one of the first culinary television personalities in New Orleans during the 1940s. As an African American chef in a profession dominated by white men, Richard was an exceptional icon in New Orleans culinary history whose contributions to Creole cuisine are largely forgotten. In partnership with SoFAB, I designed this project to reintroduce Richard’s history to the greater New Orleans community through a permanent exhibit at the museum called Lena Richard: Pioneer in Food TV.

I also wrote a blog to accompany the exhibit in order to engage readers through historical photographs, published articles in the Times-Picayune newspaper, and own experiences cooking from Richard’s cookbook, the New Orleans Cook Book published by Houghton Mifflin in 1940. The goal of the Lena Richard: Pioneer in Food TV blog is to bring Richard’s story to life and connect previously intangible history to individuals’ everyday lives. 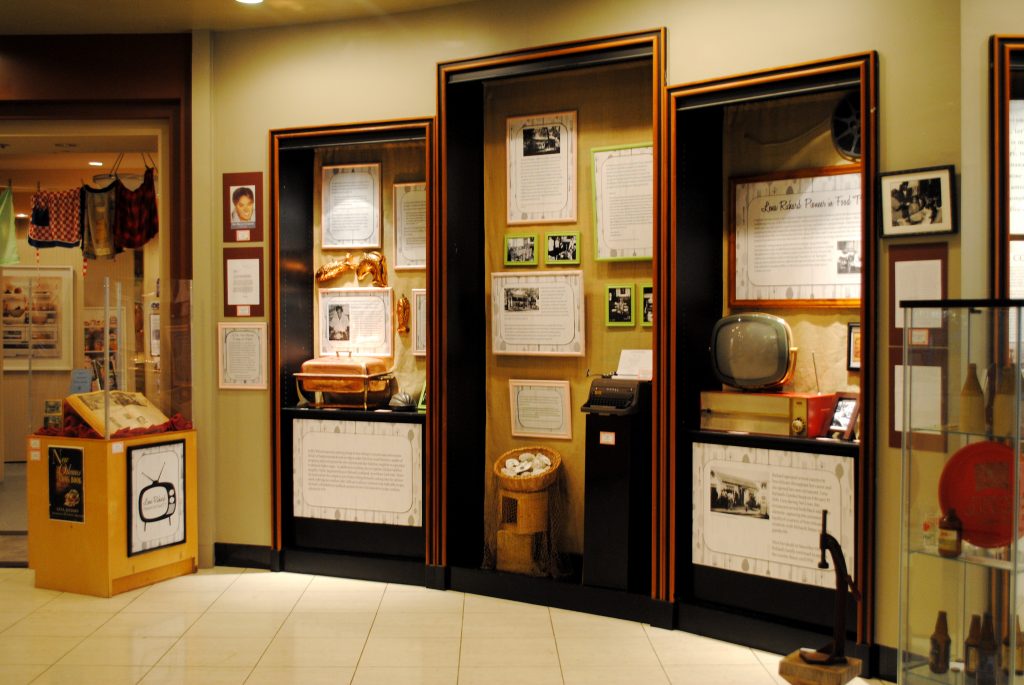 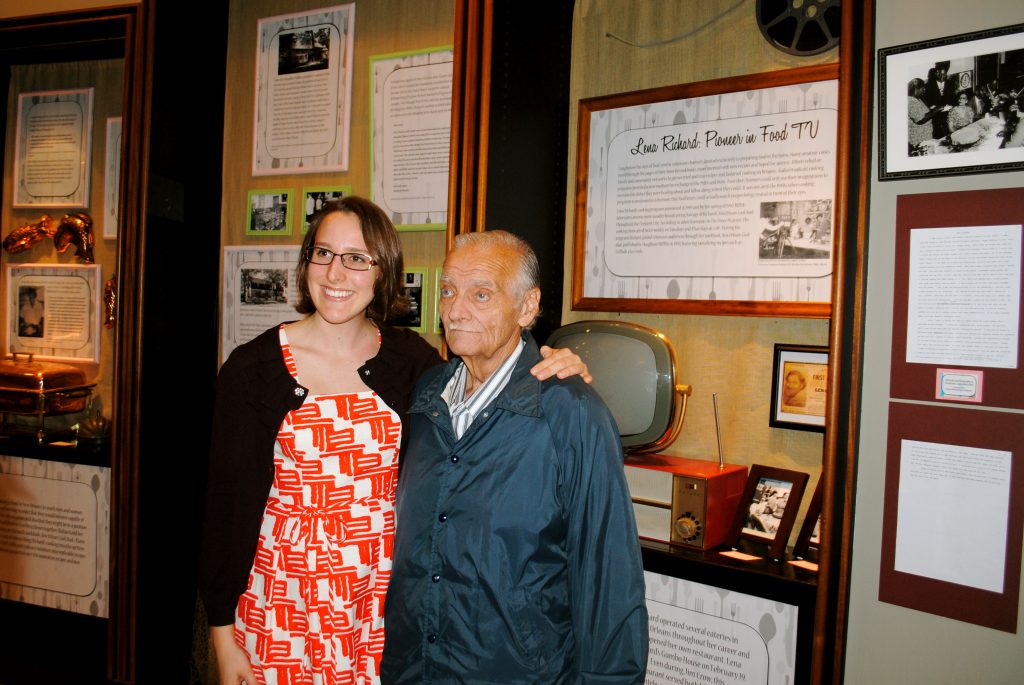 With Paul Yacich of WDSU-TV at the Exhibit Opening Party

In the fall of 2014, I returned to New Orleans for the grand re-opening of SoFAB in the location of the historic Dryades food market. In tandem with this event, I opened the Taste Terroir Tapestries: Interactive Consumption Histories exhibition at the museum. In 2016, I co-authored and article about the Terroir Tapestries in Food and Museums (Bloomsbury Academic). 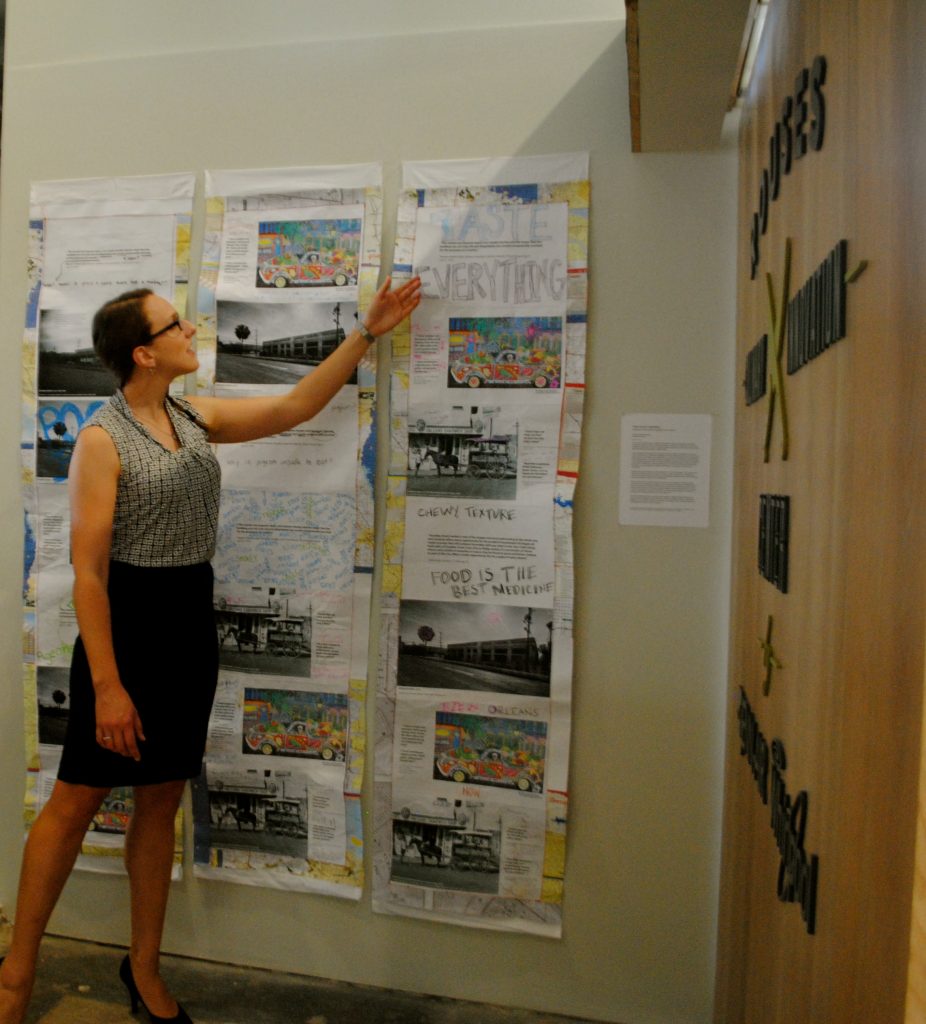