In the fall of 2017, I joined the Smithsonian as the Historian of the American Food History Project. My position is multifaceted and consists of academic research and writing; curatorial work and exhibition design; and public programming and community outreach. 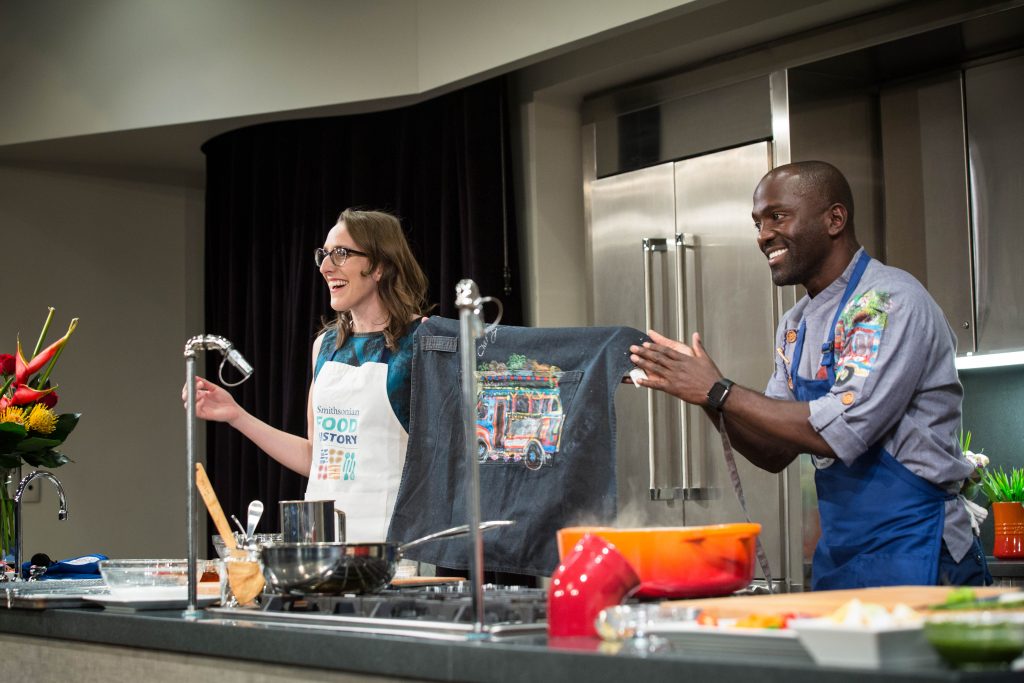 I am a member of the curatorial team for the National Museum of American History’s major culinary exhibition: FOOD: Transforming the American Table, which re-opened to the public in October 2019. The FOOD exhibition is not only the home of Julia Child’s Cambridge, Massachusetts kitchen, but also of hundreds of food-related objects that illuminate the cultural and technological changes in American eating since 1950. For this refresh project, I focused on rethinking several cases in the exhibition. One of them, “The Migrant’s Table,” focuses on migrant food entrepreneurs and they ways they have shaped Americans’ eating habits over the past 70 years. I worked with my colleagues to collect oral histories and related objects to illuminate the entrepreneurship and ingenuity of these migrant entrepreneurs. I also worked on a case entitled, “America on Diet,” which explores the complex and often contradictory dietary advice given to Americans. The case acknowledges the confusion and uncertainty that certain dietary ideas and guidelines can create: is butter good or bad for you? What about red wine or chocolate? Additionally, I conducted research and helped to collect objects for a section of the exhibition that details the rise of meal kit services like Blue Apron and Hello Fresh, among other companies.

In 2019, I joined the curatorial team for the American Enterprise exhibition at the National Museum of American History to work on the New Perspectives case. Together with my colleagues, we curated a case entitled, “The Only One in the Room,” which illuminates eight businesswomen and female entrepreneurs who broke through tremendous barriers in their industries to create, innovate, and provide an opening for others to follow. My research focused on New Orleans celebrity chef Lena Richard (1892-1950). Throughout her career, Richard owned and operated catering businesses, eateries, a fine-dining restaurant, a cooking school, and an international frozen food business in the racially segregated South. Her reputation as one of New Orleans’ finest chefs launched her into early food TV at a time when African Americans rarely starred on television. She was also the first African American to publish a Creole cookbook about New Orleans’ distinct urban cuisine, Lena Richard’s Cook Book (1939).

I am the host and program developer of the National Museum of American History’s live cooking demonstration series, “Cooking Up History.” Once a month, we invite a guest chef to come to the museum and prepare several dishes on stage that speak to a theme in American history. We then use food to talk about race, gender, ethnicity and other identity categories and how they shape lived experiences in the U.S. We also explore key area in American history ranging from sports and entertainment (by studying the history of stadium foods) to major industries and economic development (by tracing the development of the cod fishing industry in New England). We also use these dishes to learn about our guest chef’s personal connection to the foods we are preparing together on stage. To get a sense of the program, read this blog post I wrote reflecting on our cooking demonstration with Chef Edward Lee: “What’s on your neighbor’s table...” 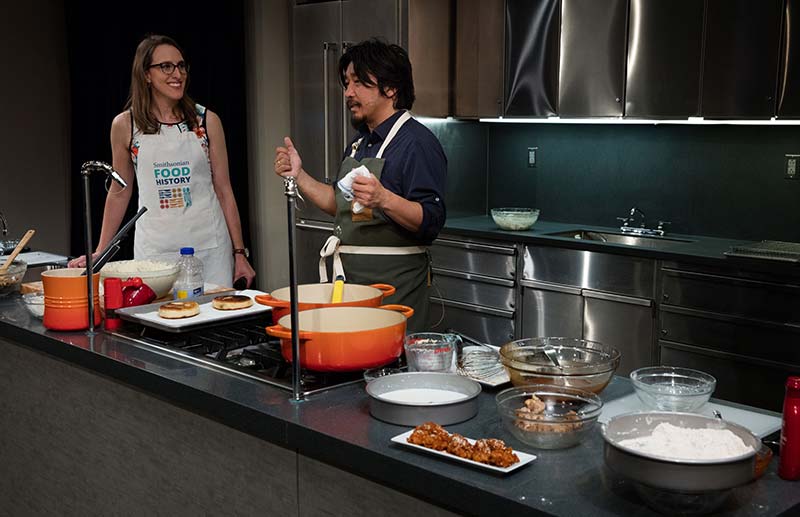 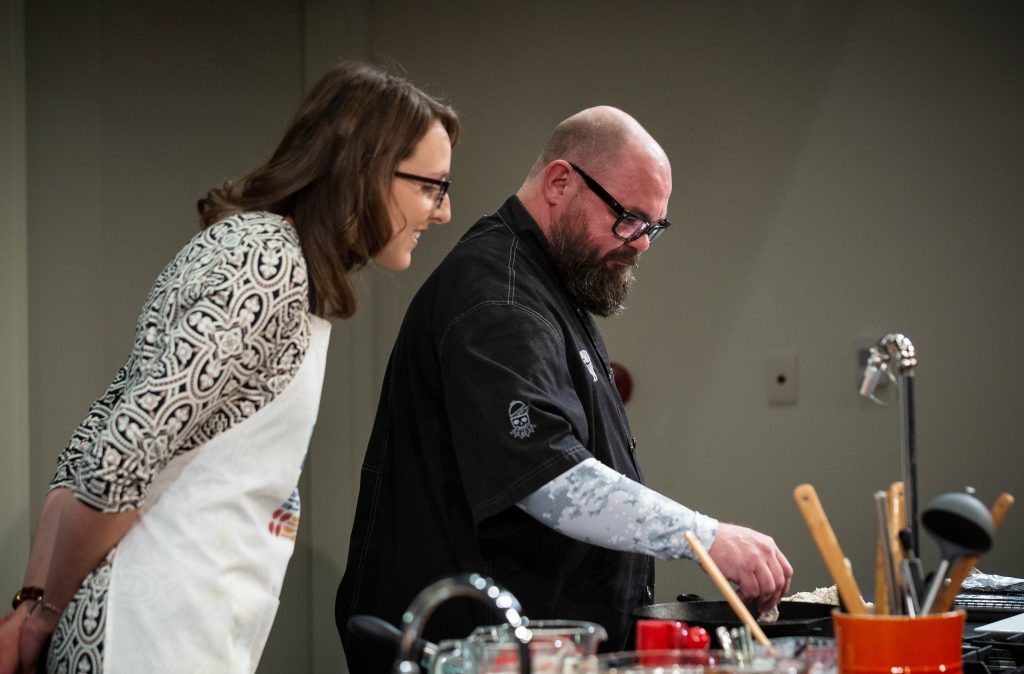 In addition to “Cooking Up History,” I am part of the team that organizes our annual Food History Weekend at the museum. Food History Weekend consists of many activities ranging from roundtable discussions to cooking demonstration with chefs, scholars, activists, and practitioners. This weekend is an opportunity to explore major themes in American history including the politics of food; the influence of migration on how and what we eat; and the lasting importance of regional and local foodways to American identity. Each year we choose and organizing theme. The 2019 annual theme explored the role that migrant and refugee women play as anchors in their communities and local economies and was named “Power Through Food.” 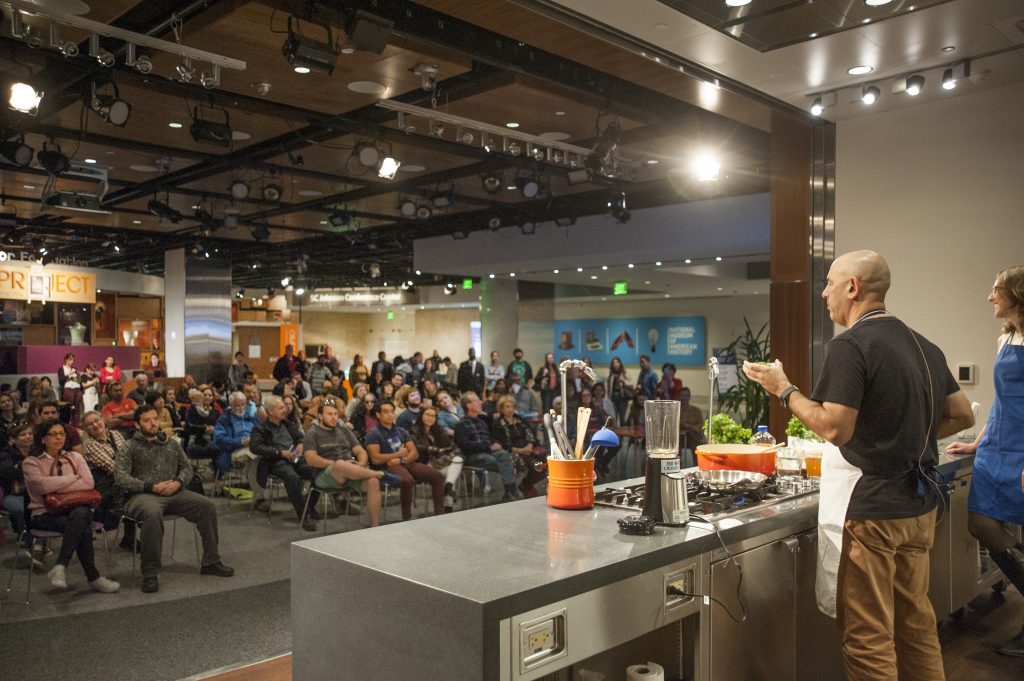